RiverRoots: Power of the River

River Roots: Power of the River

The Susquehanna River has never succeeded as a commercial waterway because of its many rocks and waterfalls. Many people tried throughout history, but the Lower Susquehanna remained largely untamed until the early 20th century. The power-producing rapids and the 1,180 feet of elevation change between Cooperstown and the Chesapeake Bay made the Susquehanna ideal for hydroelectricity. Dams harnessed the power of the river. Today, there are four dams in the 55 miles of river between Harrisburg and the Chesapeake Bay. 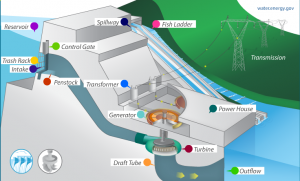 Hydropower is one of the oldest and most available sources of renewable energy. People all over the world have used rivers to power mills since Ancient Rome. Today, the natural flow of moving water power hydroelectric power plants, which produce electricity. The most common type of hydroelectric power plant is an impoundment facility. An impoundment facility uses a dam to store river water in a reservoir. When the water is released from the reservoir flows through a turbine, spinning it, the turbine activates a generator to produce electricity.

Reservoirs are also used as recreation areas for activities like boating, fishing, and other water sports. During droughts or extended periods when water levels are very low, more water is released from the reservoir so farmers can water their crops and homes and businesses can function normally. They are also used for flood control.

Power of the River: Dams on the Lower Susquehanna River

The Lower Susquehanna River is unique because it has a higher fall rate, or elevation change, than the rest of the river. Most rivers have the greatest flow and fall near their source, but the Susquehanna is so old and meanders so far that its fall is greatest in the last 55 miles. Those miles of the river hug York and Lancaster Counties of Pennsylvania and Hartford and Cecil Counties in Maryland. Here, we’ll take a deeper dive into the Pennsylvania hydroelectric plants.

York Haven Dam is a low head, run-of-the river dam. It was the first hydroelectric plant on the lower Susquehanna River. Located about 12 miles south of Harrisburg where the river drops 19 feet in 1⁄4 mile, the dam follows an existing rock ledge causing it to cross the river at an angle. When the station was built by the York Haven Power Company in 1904, it was one of the largest in the world and is recognized as one of the oldest hydroelectric projects in America. The facility produces 135,485 megawatts with 13 horizontal Francis turbines, 4 vertical Kaplan turbines, and 3 vertical propeller units. The plant is listed as a National Historic Mechanical Engineering Landmark for using one of the first Kaplan turbines installed in the United States.

Lake Frederick
Formed by damming the Susquehanna River at York Haven, the 2-1/2-mile Lake Fredrick stretches in the shadow of TMI’s cooling towers providing a unique recreation space. Lake Frederick holds Islands ranging in size from 200ft to 3 miles in length providing spectacular aquatic habitat for native species to thrive and attracts many anglers. Public angling access is located on a walkway along the face of the powerhouse at the York Haven Power Plant Recreation Area below the dam.

Falmouth Potholes & Sculptured Rock
Rivers are a major agent of erosion, shaping landscapes over time with their power. It’s not surprising to find changes in rocks in the riverbed wherever you have a waterfall or otherwise rapid movement in the water. Discovered during extremely low water, this otherworldly landscape is one of the most expansive pothole fields uncovered in the United States. The rocks at the foot of Conewago Falls range in size and display various smooth, curvaceous shapes that captivate visitors. 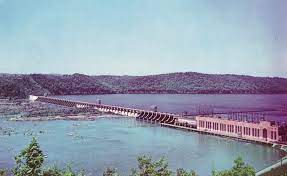 Safe Harbor Dam was the last of three hydroelectric dams built on the Susquehanna, located just above the confluence of the Conestoga River with the Susquehanna, about 7 miles south of Washington Boro.
The station was built by the Pennsylvania Power & Light Company and Baltimore Gas & Electric Company in 1931 and received a capacity increase in the 1980’s. The concrete gravity dam that is 4,869ft long and 75ft high with a total length of 5,000 ft stretching shore to shore. It outputs 10 million kilowatts of energy with the 12-unit hydro generator powerhouse that generates 265,000 horsepower.

Lake Clarke
Behind the dam is 7,360-acre Lake Clark, a popular boating and recreation area on the Susquehanna River. The Lake Clarke portion of river marks the beginning of the Susquehanna Gorge formation, a deep canyon-like gorge carved into the ancient rocks where the river is squeezed through the quarter mile gorge while dropping sharply, roughly 6 feet per mile.

Within Lake Clarke you will find the Conejohela Flats, an Audubon important bird area. The Conejohela Flats are part of a network of key stopover sites, locations that offer respite for migratory birds, along the Atlantic Flyway that draw large volumes and varieties migrating birds through the Susquehanna River corridor biannually. Because the creation of Lake Clarke shrank the flats, the water levels are controlled and regulated preserve the habitat from April through October. Safe Harbor also manages more than 2,300 acres of land in the area for soil, water, and wildlife habitat preservation. 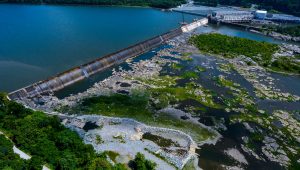 Holtwood Dam is the second oldest of three dams built across the lower Susquehanna River in Pennsylvania. Located about 5 miles south of Pequea, it’s the southernmost dam on the river before it crosses the Mason-Dixon Line into Maryland.  Spanning the river 2,932 ft, Holtwood was the second longest dam in the U.S. and the third longest in the world when it was built. Originally constructed as the McCalls Ferry Dam in 1905 by the McCall’s Ferry Power Company until it was reorganized as the Pennsylvania Water and Power Company and the plant was renamed Holtwood in honor of two company executives and opened in 1910. The dam consists of a main concrete dam, which is mostly one continuous spillway, with a powerhouse at the eastern end. The water level is raised by wooden flash boards and inflatable dam sections. It produces 252 megawatts of power using 14 turbine driven generators.

An area below the dam called, the Holtwood Whitewater Park, utilizes scheduled whitewater releases from the dam when conditions permit. The large, extremely fast wave and subsequent smaller waves are popular with thrill seeking whitewater kayakers of appropriate skill.

Working together to restore the Susquehanna River

Since their construction, the reservoirs behind these three dams along the lower Susquehanna River have historically trapped a portion of pollution from the Susquehanna River, and the nutrients that are often attached, reducing the amount the Chesapeake Bay. Although, a recent assessment indicates that the reservoirs are reaching their limit to effectively trap the sediment.

The impounded waters of Lake Aldred and Lake Clarke were originally dredged for anthracite coal silt that washed downstream from Pennsylvania’s Coal Region. Mining upstream reduced the availability of coal silt, and environmental laws made the dredging impractical by 1972, so coal was brought in using trains. 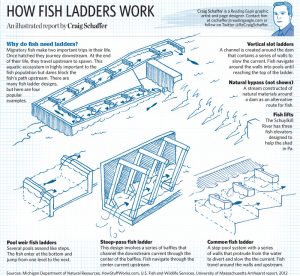 natural or artificial obstruction to provide a passageway for fish and other aquatic species. The construction allows a seamless migration despite obstructions like dams, culverts, and waterfalls, which otherwise would have affected their migration and survival. Since 2017 York Haven has used a vertical slot fish ladder, which enables fish to pass over the fourth dam by swimming and leaping up a series of short steps and over the dam, along with a channel system at Three Mile Island, while the other dams use fish lifts.

Operation of the Safe Harbor Fish Lift began in 2016. The fish lift has three entrances where fish are captured in the lift are transferred into the trough that allows them to pass into Lake Clarke. The western end of the Holtwood dam has the original and ineffective fish ladder. It was replaced by a fish lift that was damaged by heavy rain and rapid snowmelt in 1996. The new fish lift was completed and has continued lifting American shad and other migratory fish species since 1997. Despite these efforts, the ladders and lifts show only limited success since fish still must find their way through passages and then pass-through multiple dams.

Today, dams block natural movement of aquatic wildlife, hold sediment at each of the four hydroelectric dams on the lower Susquehanna River. They also provide recreational spaces that visitors flock to annually.

Dams are a controversial environmental topic. They store water, provide renewable energy, and prevent floods. Unfortunately, they also cause a wide range of environmental issues. Dams can disrupt sediment flow, causing sediment to accumulate within the reservoir (impairing reservoir operation and decreasing storage) and depriving downstream of sediment essential to maintain channel and support the riparian ecosystem. Upriver from dam you may find a beautiful reservoir. Downstream of a dam, you are likely to find a river starved of its structural materials and cannot provide habitat. Mitigating environmental impacts caused by hydroelectric dams is both a local and worldwide challenge. 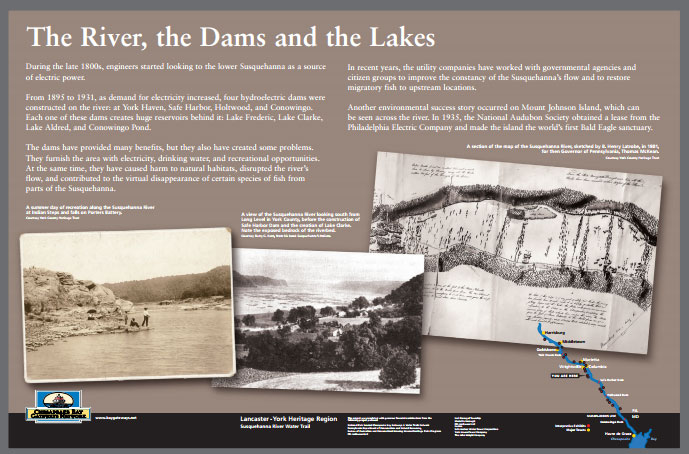 In 2001, Safe Harbor Water and Power Corporation won the Governor’s Award for Environmental Excellence, recognized for removing over 11,000 tons of debris from the river and being able to recycle almost all of it. The Holtwood Dam has received the AGC Build America Award, honoring AGC members who build the nation’s most impressive construction projects.

Visit the hydroelectric dams on the Lower Susquehanna River!