RiverRoots: Pittsburgh of the East

RiverRoots: Pittsburgh of the East

Iron was essential in building America. In the 19th century, iron was used in railroads, boats, ships, buildings, and steam engines among other items. Before steel could be easily manufactured, iron was the most popular metal. A small but mighty stretch of iron furnaces could be found along the Susquehanna River in Pennsylvania in the vicinity of Columbia, Marietta, and Wrightsville . In the latter half of the 19th century, eleven iron furnaces were operated between Columbia and Marietta. The industrial complex was expansive enough to rival the Iron City of Pittsburgh, earning it the title The Pittsburgh of the East. 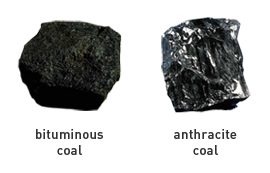 In the early 1800s, the iron industry went through an important transition from pioneer ironmasters to skilled industrialists. Early iron masters toiled with their workers. To be successful they had to take a real interest in the details of their work, including solving metallurgical problems and transportation logistics. They also had to solve financial problems without the aid of commercial banks. By 1850, progress in technology, banking, and transportation changed the iron industry. Ironmasters could oversee the business operations and hire knowledgeable skilled laborers to lead the furnace operation.

The most important technological change for the Susquehanna River region involved developing the use of anthracite coal in creating pig iron. Charcoal was the standard fuel for combustion but depended on the availability of wood, which was less readily available in the Lancaster area. Anthracite coal was readily mined in Pennsylvania but was too dense to burn productively in blast furnaces. It was so dense it was referred to as ‘Stone Coal.’

The addition of hot air was all that was needed to promote combustion of the dense anthracite coal. The hot blast method was developed in Britain and was then brought to Catasauqua, Pennsylvania. Knowledge of this development spread quickly, which may have led to the construction of the first Columbia area furnace, Shawnee Furnace, in 1844. Just over a decade later in 1856, Lancaster County produced ten percent of all anthracite iron in United States.

Compared to Pittsburgh located at the foot of the Allegheny Mountains, the anthracite furnaces of Lancaster County were located near similar geologic conditions. Nearby raw materials like limestone and iron ore inspired savvy entrepreneurs to set up blast furnaces. The nearby flowing water of the Susquehanna could help cool the furnaces and power operations. The towns of Columbia and Marietta were well established and could supply a steady workforce of skilled and unskilled labor.

Like the three rivers in Pittsburgh, the Susquehanna River provided a transportation hub that allowed for the distribution of goods and the success of the pig iron furnaces, allowing for a booming industry. Transportation infrastructure was critical to success. Those businesses and industries along existing or newly constructed routes could easily receive raw materials and ship finished products. For the iron industry in Pennsylvania, canals and railroads were essential. The Eastern Division Canal and the Union Canal in Pennsylvania brought coal from places like Scranton, Wilkes Barre and Pine Grove, and was delivered to Columbia for the nearby furnaces. Much of the pig iron was then shipped east via the railroad to Philadelphia where it was worked and forged into usable products.

Iron ore are rocks from which metallic iron can be extracted. It is extracted through a blast furnace into iron bars or pig iron. The pig iron was then sent to forges where it was worked into wrought iron and, later in 19th century, steel. Pig Iron is produced directly in a blast furnace. Layers of limestone, iron ore, and anthracite coal were dumped into the top of the furnace. Outside the furnace, hot air was made by blower engines powered by water or steam. Hot air was then blasted into the bottom of the furnace which forced the coal to ignite and begin a chemical reaction.

The reaction created molten iron as well as slag. Slag is the waste product of impurities that were removed from the iron ore in the blasting process. The molten slag sits on top of the molten iron so it can be easily poured or channeled out of the furnace.  The molten iron flows from the furnace into a channel consisting of large molds in a sand floor. The flow of molten iron continued into smaller molds attached to the sides of the large ones. The arrangement of smaller and larger molds reminded ironworkers of pigs (the smaller molds) spread at the sides of sows (the larger molds). Thus, ironworkers called the bars made in smaller molds “pigs,” the ones in larger molds “sows,” and the overall product “pig iron.”

In the area between Marietta and Columbia eleven furnaces operated between 1845 and the end of the century. It’s important to note that the furnaces did not operate as a lone stack. There were many connected and ancillary buildings to keep the hot blast furnace flowing. It was common to have a casting house, stock house, ore roasters, engine house, as well as houses for the workers. Let’s follow the development and operations of just one of the furnaces: the Chickies Furnace. It is a great example of how iron industry developed and changed quickly in the late nineteenth century. It was the longest operating and most successful furnace in the Columbia-Marietta area.

Chickies No. 1 was constructed in 1845 by Henry Haldeman, who in that same year turned it over to his sons, Samuel and Edwin. Furnaces built by the Haldemans were notable for their advanced technology. Samuel shared information and diagrams of the Chickies No. 1 furnaces in a national journal. Chickies No. 1 went into blast in 1846 and was never out of blast for long periods thereafter. In 1848, it produced 2,464 tons of iron. Letters show us that Samuel Haldeman studied the furnace design and made frequent improvements. In one letter, he wrote that the furnace was built to produce forty ton of pig iron a week but in six days had made seventy-two tons. It was the most productive and technologically advanced of the furnaces on the floodplain.

Chickies No. 1 was originally 32′ high with an 8′ bosh, but the furnace underwent a number of remodeling projects until it was completely rebuilt in 1886. At that time, the stone stack was removed and replaced with an iron cylinder lined with firebrick and set on a mantle ring supported by six cast iron columns. A separate concrete foundation supported the lower bosh and crucible. The resulting furnace was 65′ high with a 12′ bosh and an annual capacity of approximately 17,000 tons, thirty times its output in 1848. All new blast machinery, stoves, and boilers were installed, and a new Romanesque-style brick cast house replaced the earlier one. Special rail connections for moving materials between the two Chickies furnaces were constructed.

The principal ores used at the Chickies furnaces were brown hematite from Chestnut Hill located six miles east and magnetic ores from the Cornwall mines. The pig iron produced was sold under the brand name “Chickies” through agents in Philadelphia, New York, Baltimore, and Pittsburgh. The furnace went out of blast permanently in 1899 and was dismantled not long thereafter. Ten other furnaces operated between 1840 and 1930. To explore the history of each operation visit Rivertownes.org.

Just like a change in technology allowed for booming blast furnaces, it was also what ended the era. Between 1840 and 1880 the iron industry experienced profound technological changes, including a shift in fuel from charcoal to anthracite coal and then to bituminous coal and coke. During the 1850s furnaces fueled by anthracite superseded charcoal furnaces. By 1875, furnaces fired with bituminous coal and coke supplanted anthracite furnaces. Bituminous coal allowed for better efficiency and reduced costs for Ironmasters. The iron industry at Chickies was able to produce pig iron for some steel uses and cast-iron products through the 1880s despite the popular fuel change.

In the 1880s, steel mills began to manufacture iron in iron furnaces and then converted the iron into steel. From raw iron ore to steel, the process was under one location and operation. The ironmasters of Columbia and Marietta were quickly unnecessary for steel manufacturing. In 1892, the output of America’s steel mills first surpassed iron production.  Most of the furnaces along the river were dismantled or stopped operating by 1899 and the Pittsburgh of the East faded into history.

You can see the remains of the iron furnaces today, most of which can be found along the Northwest Lancaster County River Trail between Columbia and Marietta. Find a map here.

Run your own furnace! The BBC has created an interactive Blast Furnace Animation. There’s also an option to ‘Build It,’ which allows you to construct all the parts of the furnace stack.